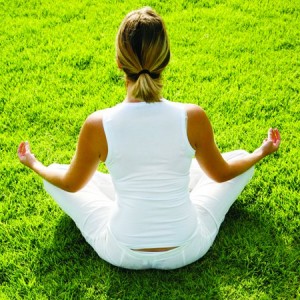 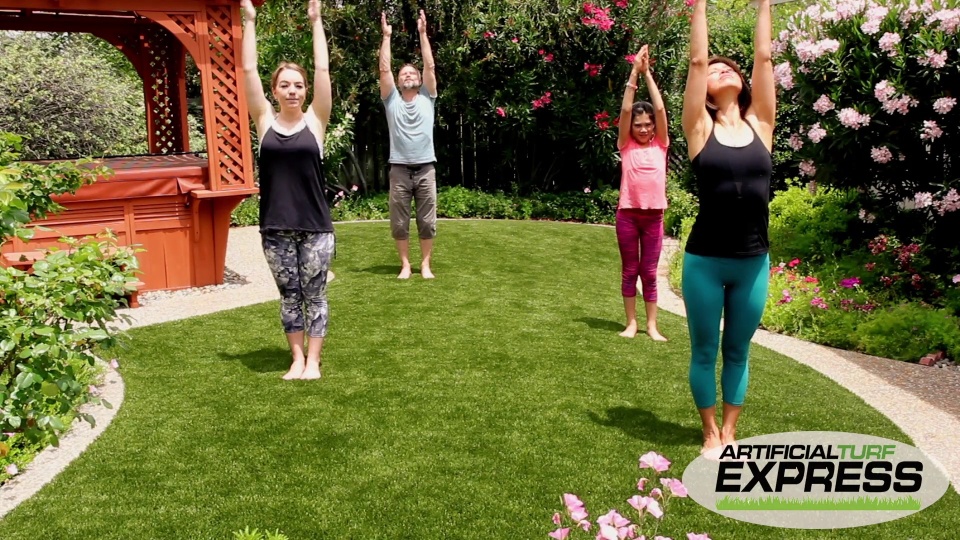 One of the coolest things about artificial turf is its versatility. Between putting greens to pet facilities, landscape
applications or anything else, turf in the 21st century has seemingly limitless potential for its use. The only limiting factor is the creativity of the designer or installer. Luckily, we’re going to provide you with different examples of creative uses for synthetic grass. This video is all about doing yoga on artificial turf. We sent out our media team to film a class that was being held in someone’s back yard, featuring a teacher and three of her students.

After talking with the yoga instructor, she said that her family has artificial turf installed at her home, and they frequently do yoga on theirs. Some people have a general skepticism around using turf for yoga. We all know that turf can retain heat. This can make it uncomfortable to do yoga for a long period of time. Fortunately, there have been many innovations in infill technology. As a result of these innovations, turf to stays cooler, even when exposed to direct sunlight.

Yoga on artificial turf is now so popular, it is part of group events at popular sports stadiums. At Highmark Stadium in Pittsburg, Pennsylvania, they host a “Yoga on the turf” event on Wednesday nights, followed by a happy hour. Highmark Stadium is a FIFA-certified artificial turf field used by the Pittsburg Riverhounds. This really shows off the different functions of turf!

Other uses of turf

In addition to using turf for yoga, other athletic applications for synthetic grass are almost everywhere. Some people may have seen agility turf installations at their local gyms, or bocce ball courts at a neighboring clubhouse. 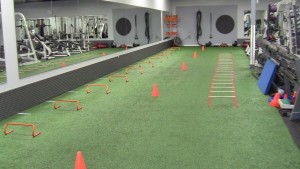 In the comments below, let us know about your best creative uses for artificial turf!