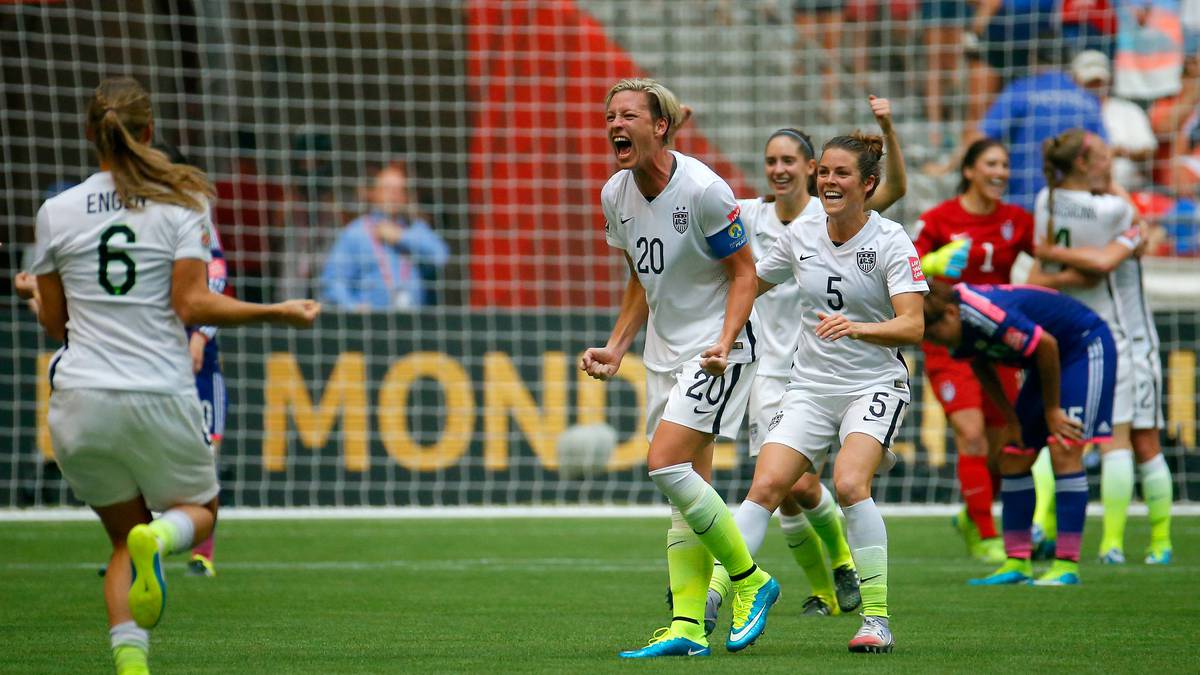 In a 5-2 victory over Japan, the United States Women’s Soccer Team took home the prestigious FIFA World Cup trophy. The team scored a phenomenal four goals in the first 16 minutes of play, led by elite player, Carli Lloyd, who scored the first three goals. This is the third win for the United State’s Women’s Team, with the last win being 16 years ago. The United States is the only team to win the World Cup three times.

Americans were glued to their TV sets watching the team of women play the finals in Vancouver, British Columbia, Canada on July 5, 2015, just one day after America celebrated the birth of its Independence. In the 2011 FIFA World Cup finals, the United States lost to Japan in penalty kicks after holding the lead twice. Beating Japan in the 2012 Olympics was not enough validation, as the US Women’s Team sought victory against their nemesis at the World Cup. And victory they received.

In a final show of victory, veteran players, Abby Wambach and Christie Rampone, held up the World Cup trophy amidst a crowd of elated teammates and soccer supporters. Growing from 16 teams to 24, the FIFA Women’s World Cup tournament is quickly gaining ground, with women soccer players leading the way for young girls all over the world to pick up the sport.

Talk around today’s water cooler is sure to lead into discussion about Lloyd’s third goal, an unbelievable shot from just inside the Japanese half. Lloyd’s tremendous contributions earned her recognition as the first player ever to score a hat-trick in the Woman’s World Cup finals. It’s no wonder she walked away with both the Golden Ball and the Silver Boot. Hope Solo was awarded the Golden Glove as the best goalie in the tournament, recording an impressive 90% save rate.

As the most watched soccer game in US history, fans all over the world were thrilled to watch a game that was aggressive, competitive, and fast-paced. Part of the reason the game is so fast-paced is that the ball is able to roll more freely since the game is played on artificial turf. Without long blades of grass, divots, or holes often found in soccer fields lined with real grass, the ball rolls farther and faster, allowing for a faster and more exciting game. Athletes do not have to worry about spraining or twisting their ankles in hidden holes, allowing for a safer game with fewer injuries. Void of an unexpected ball bounce from uneven playing fields built on real grass, soccer players who play on synthetic turf have more control and direction.

There is no doubt young players around the world are going to take an increased interest in the game of soccer, especially after the recent win by the American’s Women’s Soccer Team. Artificial turf is a lasting, sturdy, and economical solution to line the field of play. Without the need for maintenance, upkeep, chemicals, and water, fake grass can be installed in commercial or residential spaces to support the growing soccer demands. Without the fear of injury, artificial grass is also a safe alternative for people of all ages to play soccer.

Artificial Turf Express (ATE) has all of the material, tools, information, and experienced team of experts for the do-it-yourselfers to install the exact field of your dreams. For commercial landscapers hired to install a larger project, ATE can help as well. Simply visit us at ArtificialTurfExpress.com or call us at 408-413-3179. We will have you playing just like the pros in no time!