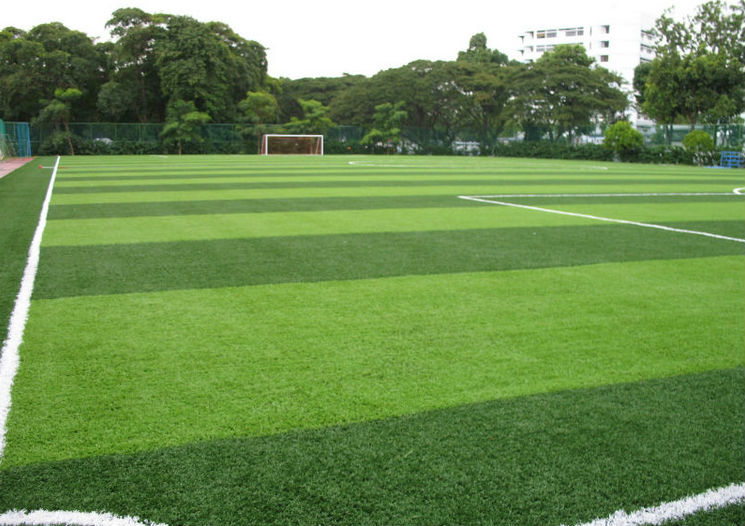 The Performance of Artificial Turf: Traction and Safety

We all know that the performance of artificial turf and natural grass are very different. As far as performance and safety, they just aren’t the same. Be wary of people that tell you they’ve broken new ground in the world of artificial turf. As far as we’re concerned, there are a lot of myths in and around the turf industry. The best thing you can do is to look at the scientific data.

Measuring performance metrics like traction is very challenging. The leading researchers are still perfecting how to replicate the real world within a laboratory environment. Dr. Michael Meyers, an associate professor in the department of sport science and physical education at Idaho State University, conducted a three year research endeavor comparing the incidence, mechanisms, and severity of injuries to college football players on artificial turf versus natural grass. The result of Dr. Meyers’ research was this:

When Dr. Meyers attempted to replicate his data with a different sample group, he found comparable results.  His second test group was high school football players, and he conducted the research over the course of five years. The outcome was that in comparison to natural sport grass, artificial turf results in:

In Dr. Meyers’ studies, both experiments prove that artificial turf is safer and athletically outperforms natural grass. This data has been conclusively demonstrated in real world and laboratory applications.

The Traction of Footwear

In 2014, Penn State University’s Center for Sports Surface Research released a study called Comparison of Rotational Traction of Athletic Footwear on Varying Playing Surfaces. The results illuminated some of the influences of rotational traction on synthetic turf versus organic grass.

The research compared Kentucky Bluegrass, and three synthetic grass products. All four products were compared to eight individual types of shoes. All shoe-surface mixtures were subjected to three different weights to test the combination of turf, shoes, and body weight. Out of the three different types of turf, one produced the same level of traction as Kentucky Bluegrass.

From all of this academic research on the performance of artificial turf, it really shows that turf has surpassed natural grass in many aspects including safety, water conservation, durability, maintenance costs, and many others. Turf is coming close to being able to equal the traction of natural grass, but all sport turf products are not quite there yet. However, with today’s rapid technological developments, we’re sure to see some amazing turf technology in the years to come!