Lawn Becomes Putting Green, with Fake Turf, to Save Water 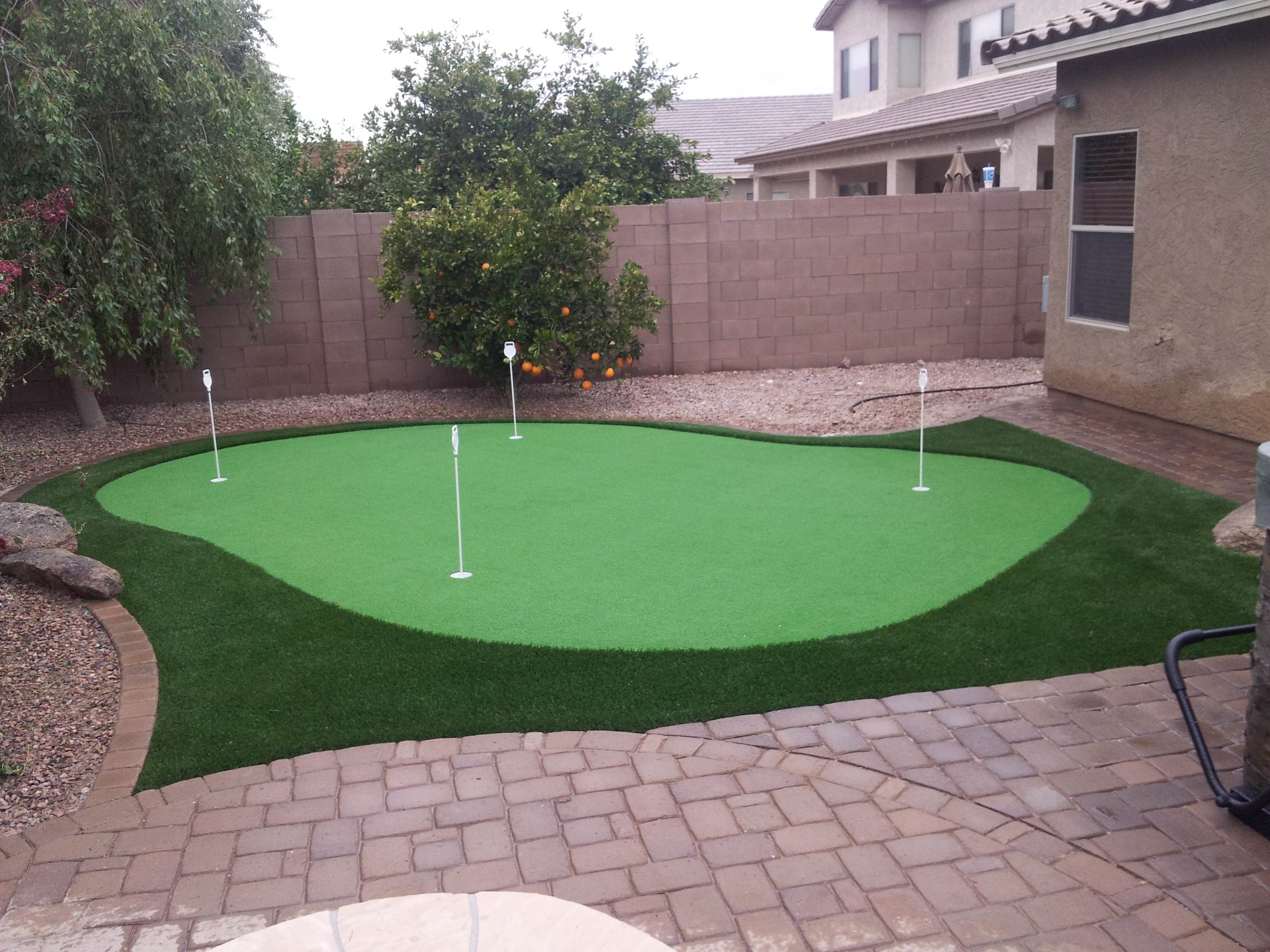 Since water conservation became the new California imperative, local nurseries and landscapers have had to adapt along with gardeners.

Napa local Mimi Glavin recently converted her front yard from simple turf to a more dramatic landscape with a dry creek made of rocks, strategically placed boulders and drought-friendly plants.

In her backyard, she ripped out the lawn and put in a putting green of artificial turf so her husband could improve his golf game at home.

According to Glavin, her neighbor across the street liked the style of her front yard so much, she asked Glavin to help her redo her own front yard.

“My whole thing is to make an environment that’s cool to look at,” said Glavin, who owns a Napa yard art store called the Playful Garden. “Where people could actually want to stop.”

When Glavin lived in Vallejo and had two lawns, her water bill was $350 a month; today, she has no lawns and her water bill is $35 a month. She is not looking back.

Still, Glavin said that many of her neighbors do not know what to do to save water, other than tear their lawns out or let them go brown. On her north Napa street, there are several brown or browning lawns, a couple of dirt yards where lawns have been uprooted, a smattering of more creatively landscaped yards, and one lush, green lawn.

According to Kurt Gore, the owner of DJ’s Growing Place in Napa, about two-thirds of his customers are concerned about saving water, and the nursery has started marketing plants that can be watered less.

“There are a lot of plants that aren’t considered drought-tolerant that are,” Gore said, citing roses as an example of flowers that can survive dry conditions. Gore has also started marketing more succulents and shrubs.

Gary Sampson, the manager of Van Winden’s Garden Center in Napa, said that the nursery uses blue stickers to alert customers to drought-friendly plants, and they have seen sales of these plants go up as a result. However, Sampson said that gardeners should not confuse drought-tolerant with death-proof.

“We prefer the term ‘water-wise,’” Sampson said. ”People think that if they’re drought-tolerant, they don’t have to water them. That’s not true.”

Sampson recommended that gardeners switch from lawns and other water-thirsty plants to alternatives that are native to California’s Mediterranean climate, such as succulents and some types of flowers. He also advises that gardeners choose perennial plants over annuals to save water in the long term.

After Napa set water conservation targets last year, the move toward native California plants and alternative grasses took off, according to landscape designer Maureen Clark. But the move away from traditional lawns in California actually started years before.

“I converted my lawn six years ago,” Clark said. More creative landscaping is “very in” as gardeners move away from grass and toward shrubs and other types of plants, she said. As plants other than lawns have become more popular by necessity, Napans have turned to creative landscaping to make their yards pretty.

With the drought and water conservation, Gore said that he was initially worried that he could lose business, but that has not happened. In fact, the move away from lawns may have increased it.

“It’s just getting people to think about things differently,” Sampson said. “It’s not the doom and gloom that people thought.”