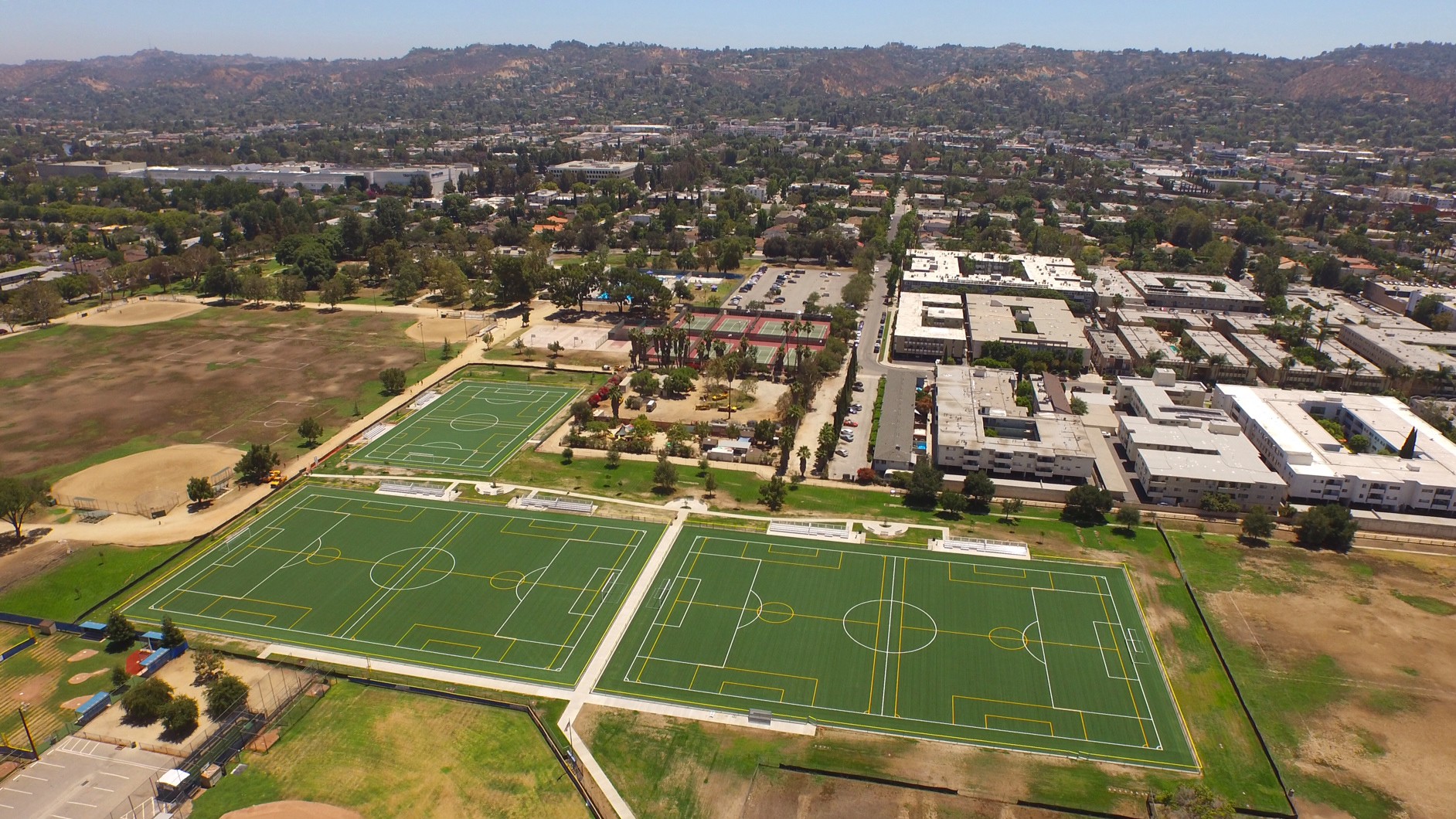 For soccer players in Los Angeles, now is the summer of our discontent. We’ve seen the grass turn from green to brown to dirt to sand.

But L.A. is in the midst of a dramatic move that would save a ton of water and improve the quality of soccer games for generations: replacing its 100-odd grass fields with synthetic grass, or artificial turf.

“Our soccer fields are the most widely used sports fields in the country,” says Tom Gibson, a planner in the Los Angeles Department of Recreation and Parks. “Our fields are used on a daily basis.” And soccer, he says, is “the fastest-growing sport in the last 20 years.”

According to Robert Oyakawa, a landscape architect at Rec and Parks, each grass field slurps up 1 million to 3.5 million gallons of water each year. That’s potable (drinkable) water flowing through the sprinklers, and purchased by Rec and Parks from the Los Angeles Department of Water and Power. Turf fields still need to washed — watered down — every so often, but the potential water savings of not having grass is enormous.

Of course, turf fields don’t come cheap. L.A. just replaced three fields with fake turf at the Van Nuys-Sherman Oaks War Memorial Park. Price tag for that job: $2.8 million. But in the long run, the city will save money on water and maintenance (artificial turf fields still need upkeep, but not as much).

The parks department is replacing, on average, six or seven grass fields in L.A. per year.

Artificial turf is not without its detractors. Everyone’s favorite international sports bureaucracy, FIFA, angered fans by holding the Women’s World Cup (which USA! USA! USA! just won for a record third time) on artificial turf fields. The surface is, after all, hotter and harder than grass fields and leads to many more player injuries.

But that’s only compared with expertly maintained, perfectly manicured grass fields — which L.A.’s fields ain’t. They’re scraggily messes, filled with dirt and clumps of grass and gopher holes. The new turf fields, while not perfect, would represent a huge step up.

The replaced fields also, according to Rec and Parks, will have drainage systems to collect rainwater and push it back into the water table instead of draining it wastefully into the streets and storm drains.  Well done L.A., here’s to more and more cities taking your lead.