California’s Wealthiest Are Being Drought Shamed on Social Media 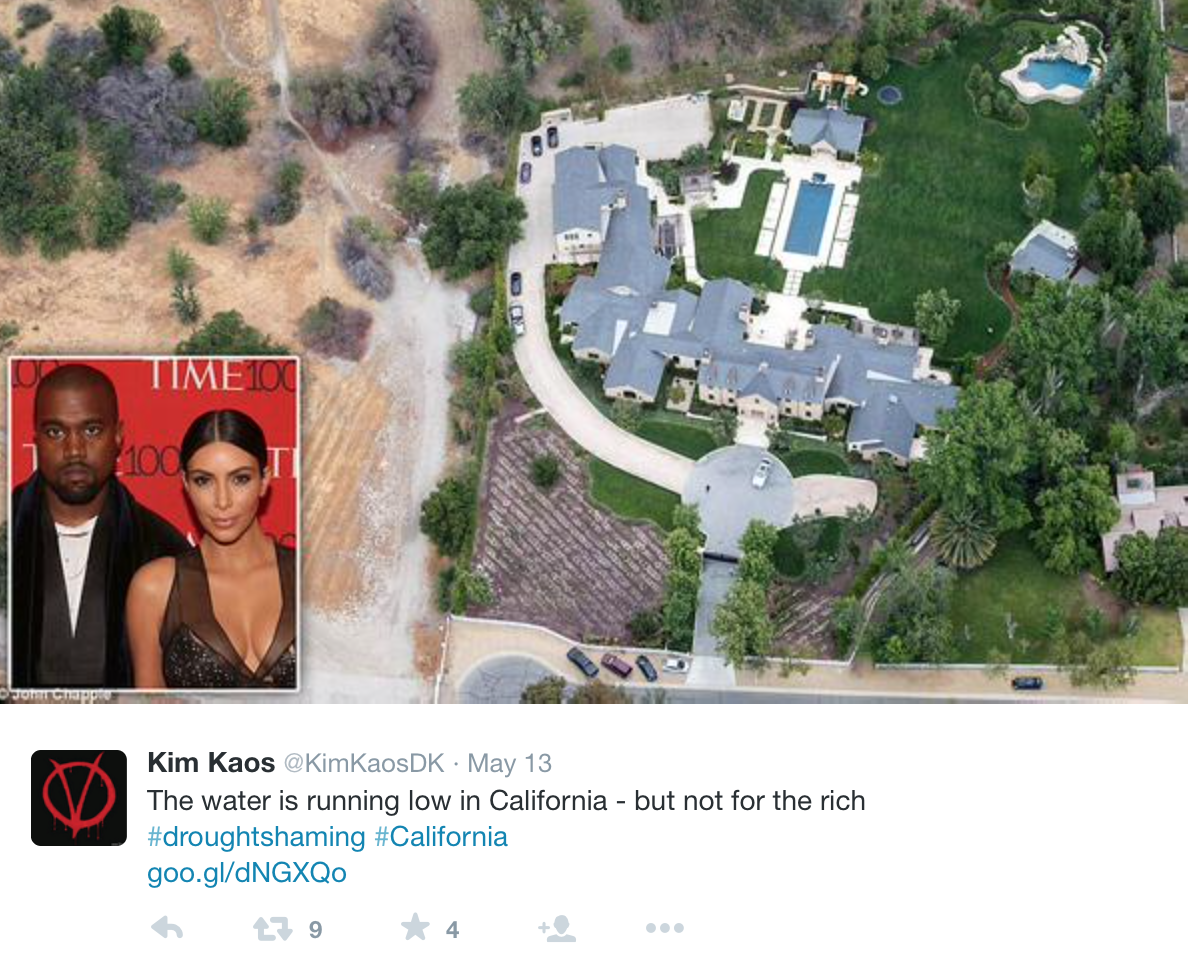 When drought shaming first started last summer, it was a state sanctioned activity. California passed a law that could fine residents up to $500 per day for wasteful activities that include hosing down driveways and overwatering lawns. (Recently, the state governor proposed to up that max daily penalty to $10,000.) Now, as the state enters its fourth year of drought, public attention has begun to shift toward some of the more obscene examples of water excess: Celebrities like Kim Kardashian and Kanye West, whose sprawling green lawns and glittering pools are literally oases in a desert, Ritz hotels that water-mist their wealthy patrons (wtf?), and certain wonderful corporations that source bottled water from drought-stricken regions.

In other words, the social media-fueled swell of #droughtshaming we’re now bearing witness to has a decidedly class-conscious caliber to it. That shouldn’t come as too much of a surprise. Water, The Guardian reports, is tied up with money in California to the point where a person’s wealth can essentially be judged by the color of his lawn:

In Los Angeles, one of the most unequal cities in America, while lawns in poorer parts of town have mostly gone brown – because residents do not want to risk fines, because they do not want to pay higher bills anyway, because they may have less immediate incentive to worry about property value – lawns in hyper-wealthy places like Beverly Hills, Bel Air and Pacific Palisades are still reportedly overwhelmingly green.

Drought shaming alone won’t solve the West’s water crisis—more likely, a national action plan for tackling and adapting to water scarcity will be needed—but acknowledging the severity of the crisis and creating a culture of intolerance around water waste is an important start. As Gizmodo’s Alissa Walker points out, the city of Montecito cut its water usage 48 percent after making its water data public, a move that exposed high-profile wasters including Oprah Winfrey.

Shame, we’re learning, can be a powerful ally.