Some Bright Green Lawns in California Require No Water 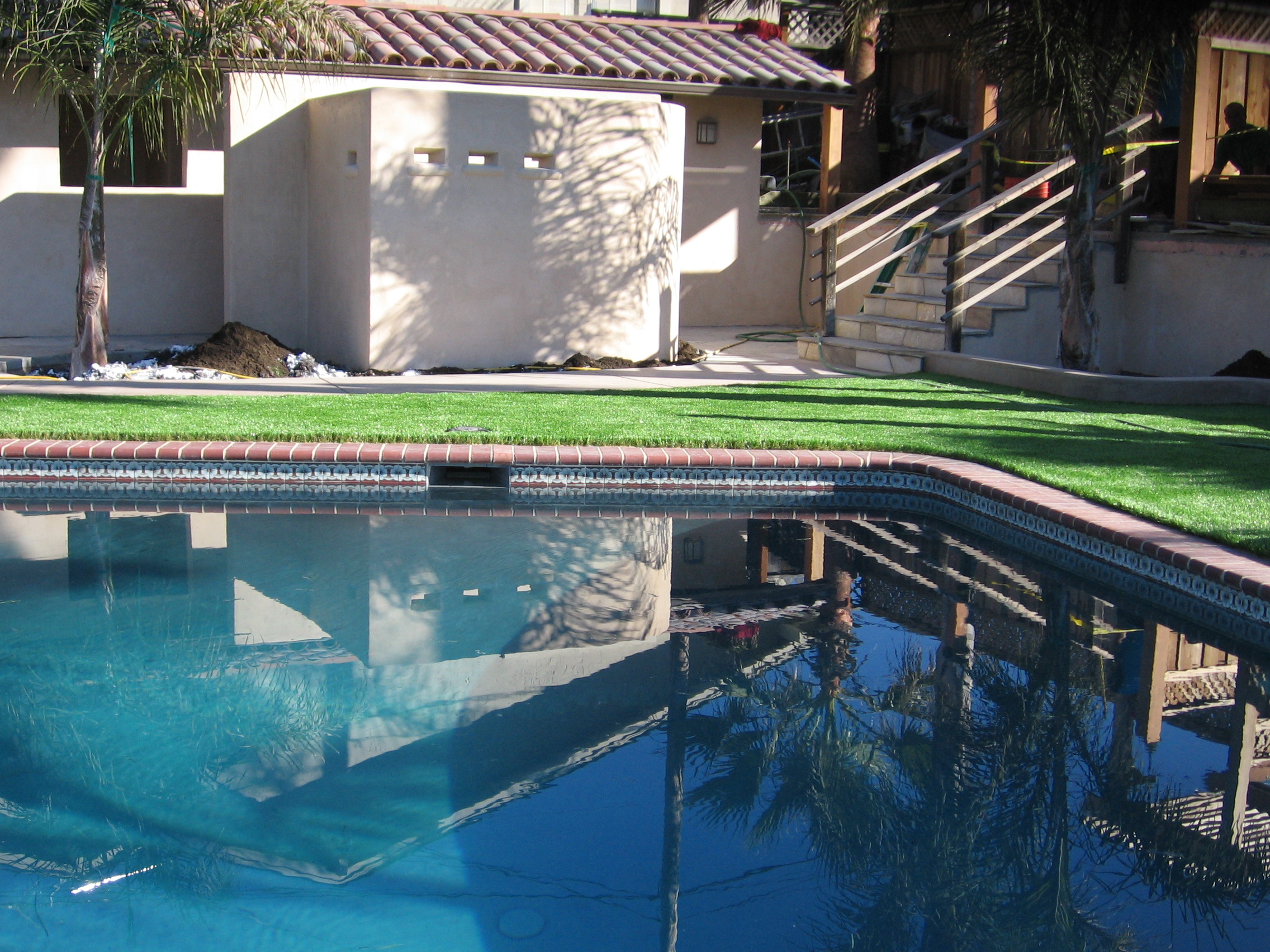 OAKLAND, Calif. — Sitting in the sun on a patch of green grass behind his home, Paul O’Valle does not feel bad about having an urban oasis despite the state’s drought.

His yard is artificial turf.

Before he installed it this month, Mr. O’Valle, 38, who runs a preschool, had to persuade his wife, Shareen, that it was a good idea. Fake grass sounded odd, she said, but now she likes having a lush lawn without having to water it.

“I feel like we’ll be doing our part in not taking up water,” Ms. O’Valle said, adding that they were putting drought-tolerant plants along the edge of the turf.

As Californians are being told to cut back significantly on water use, many homeowners are rolling out artificial grass. Turf companies say business is booming across the state, and they argue that today’s plush products more closely resemble real grass and have come a long way since the days of AstroTurf.

Gov. Jerry Brown ordered mandatory water restrictions recently for the first time in the state’s history. Some communities will have to reduce consumption by as much as 36 percent. Lawns are a major target because they account for more than a third of urban water use.

“Things have really exponentially picked up for us,” said Tony Skelnik, general manager of Artificial Grass Liquidators outside Sacramento. The store has been busy since it opened in November, he said, and the company is installing about 20 lawns each month.

But turf proponents are facing resistance from some water districts, homeowner associations and conservation groups that consider the product unsightly or harmful to the environment. Among the complaints are that synthetic turf does not foster soil health or support biodiversity, that it is not easily recycled and could end up in landfills, and that it can lead to excessive water runoff.

For those reasons, some environmental groups recommend using native plants and mulch instead. Lisa Cahill, director of sustainable solutions at TreePeople, an advocacy group, said that while artificial turf reduced water use, it harmed the soil underneath and attracted heat, among other concerns.

“It is the equivalent of pouring asphalt into your backyard,” Ms. Cahill said.

Some water districts have encouraged the use of artificial grass by including it in rebate programs offered to residents replacing natural grass, but other communities exclude it from such programs. Santa Monica, Calif., does not provide rebates for replacing grass with artificial turf, and Sacramento bans it on front yards.

In February, a state lawmaker introduced a bill to prevent homeowner associations from penalizing residents for installing fake grass. Governor Brown vetoed a similar measure in 2011, but a spokesman for the governor said this week that he would “closely consider any bill that reaches his desk.”

Artificial grass can be expensive, costing up to $8 to $15 a square foot, so covering a single backyard can cost several thousand dollars.

The artificial turf industry is also combating a lingering stigma against synthetic turf. Michelle Kwek, 32, who lives in the Northern California city of Folsom with her husband and three children, thought artificial turf would look cheap or silly. The drought changed her mind. Her family spent about $4,000 to install 600 square feet in their backyard, using recycled turf from a sports field.

“I’m not embarrassed to say I have a fake lawn, although a few years ago I might not have wanted to say it,” Ms. Kwek said. “Everyone wants to do their part and be more water conscious.”

Brad Borgman, sales director for Heavenly Greens, an artificial grass company in San Jose, Calif., said the drought had prompted Californians to look more kindly on his product. Orders have been streaming in and the company has hired more sales staff and construction crews, he said.

He said water consumption concerns were what “more and more people in this drought are considering and taking to heart, not just the savings on the price tag that they’re going to see.”

Kevin Comerford, 43, installed 3,800 square feet of artificial turf in his backyard alongside a new pool and fire pit in Ruby Hill, a gated community outside San Francisco. He said he made the switch because maintaining his huge lawn took too much time and money, and he was hoping to lower his water bill, which runs to about $1,000 every two months.

Mr. Comerford, who owns an air conditioning and heating company, was happy to learn that the artificial lawn would save him tens thousands of gallons of water each year, but first he had to persuade his homeowners’ association to amend its rules to allow it, just as they did years ago for solar panels.

“Now that the floodgates are open, I think it’s going to be all over Ruby Hill,” Mr. Comerford said on a recent morning as workers put the finishing touches on his lawn.

In Oakland, the O’Valles say they are the first of their friends to give turf a try. When a friend stopped by recently, he asked if the tree in the corner of their yard was fake, too.

The tree is real, Mr. O’Valle said, but surveying the yard, he conceded with a laugh, “Now that I look at it,” he said, it does look like a minigolf putting green. “Maybe there should be a hole over there.”