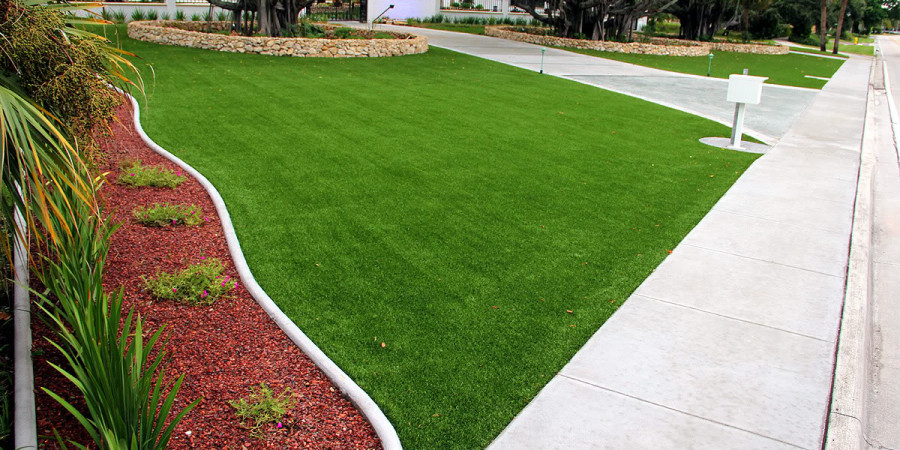 California homeowner associations would be required to allow artificial turf in front yards under a bill recently proposed by the San Diego County Water Authority.

The bill, or a version of it, is likely to be championed by Assemblywoman Lorena Gonzalez, D-San Diego.

Only a fraction of the state’s 47,000 HOAs permit synthetic grass on front lawns, with many saying its out-of-place look is a threat to property values.

Citing the growing need to conserve water, the San Diego agency sponsored similar legislation in 2010 and 2011. Both times, the Legislature approved the bills. But they were vetoed by then-Gov. Arnold Schwarzenegger and Gov. Jerry Brown, respectively.

“We think the conditions are changing since we’re facing another year of potential drought,” Glenn Farrel, the authority’s Sacramento lobbyist, said on Monday. “We think this will give it more consideration.”

Despite the state’s recent rain, California is expected to enter its fourth year of drought in January.

The authority’s board of directors approved plans for the legislation late last month. It is still seeking a lawmaker to carry the bill through the Legislature, though it has a strong candidate in a San Diego lawmaker.

Gonzalez said on Monday she plans to work with the water authority and perhaps another lawmaker to shepherd a bill on artificial turf at the Capitol. She said she had not yet seen all the details in the bill proposed by the water authority.

Given the prolonged drought, Gonzalez said she believes Brown will be more open than he was in 2011 to signing legislation allowing artificial turf.

Some environmental advocates favor replacing lawns with drought-tolerant plants rather than fake grass. Widespread use of the synthetic material leads to greater urban runoff and, in turn, ocean pollution, they say.

This past year, Gonzalez led the charge on a law that prevents HOAs from penalizing residents for replacing their lawns with low-water plans. That law, AB 2104, doesn’t take away the power of HOAs to establish landscaping rules, as long as they allow for drought tolerant plants.

It did not address artificial turf.

Synthetic grass has gained acceptance on front lawns from Sacramento to San Diego, driven by years of drought and residents’ shrinking patience for water-guzzling natural grass.

Tight restrictions inside HOAs have frustrated those who want a synthetic replacement. Some residents argue that high-end synthetic turf looks very similar to natural grass.

Brian Holloway, a property owner and resident at the Rancho Pacifica HOA near Del Mar, said his association recently rejected his application to install artificial turf in his front yard.

He said he’s happy to hear about the new bill, but doesn’t want to wait for state lawmakers and the governor to take action.

“I want my lawn to look perfect, which obviously it would if we put down artificial grass,” Holloway said.

Holloway added that Brown should reconsider his stance on artificial turf, especially since the governor already supports other water-wise efforts like the “brown is beautiful” campaign during last summer’s drought in which the governor urged residents to cut back on watering their lawns.

“If he says: ‘Brown is beautiful,’ why wouldn’t he think (artificial) green is more beautiful?” Holloway said.