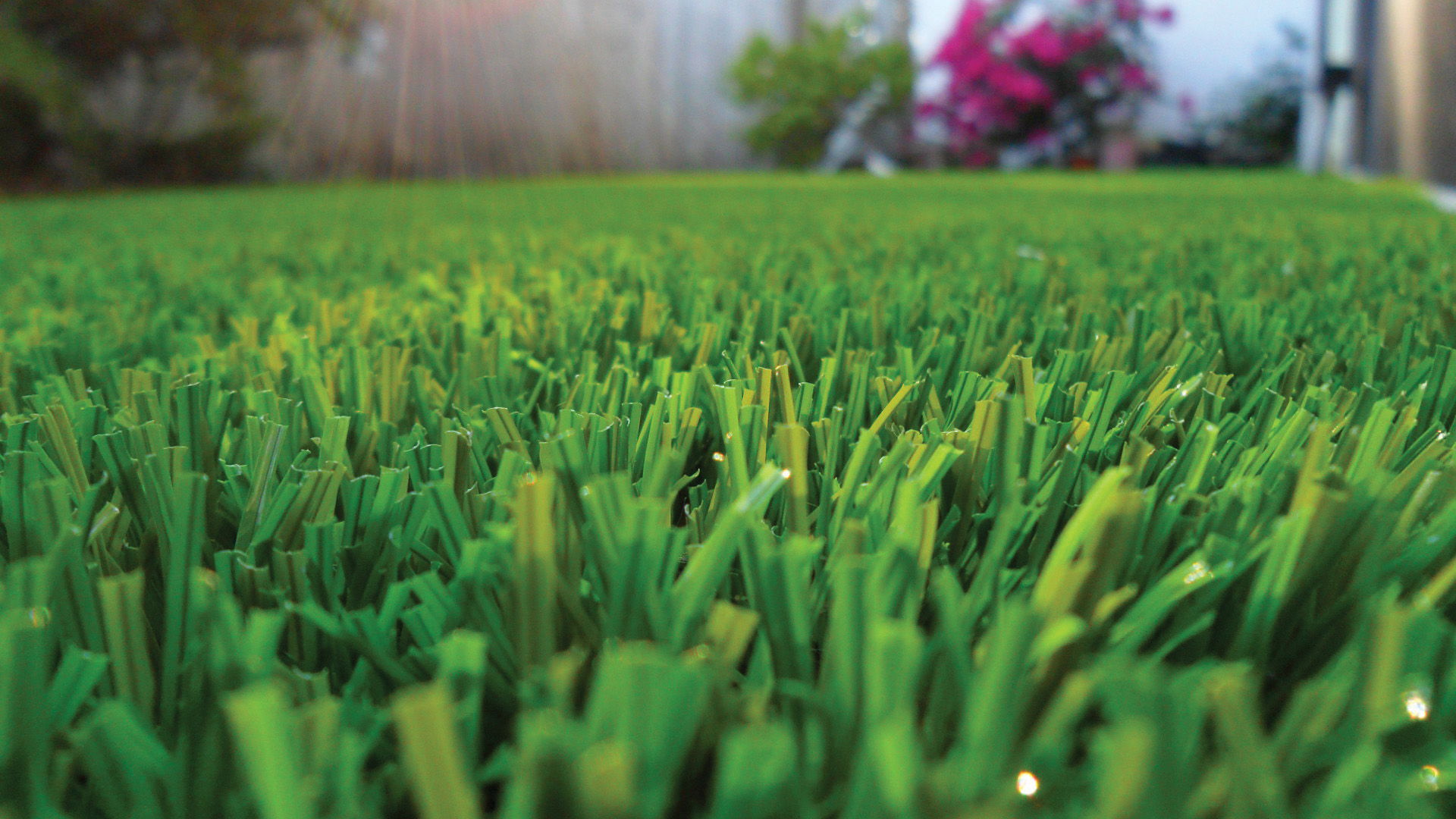 The grass is always greener — especially when it’s plastic.

That’s the credo behind the latest drought-coping trend in the Santa Clarita Valley as water-conscious residents, conservation-minded water officials and fake-grass merchants move toward lawn alternatives, one of which is using lifelike artificial turf.

“We can’t even show people samples of the artificial turf,” said a gardening saleswoman at the Home Depot store on Newhall Ranch Road this week.

“Since the drought, there have been so many people wanting free home estimates for replacing their lawns with artificial turf that we don’t even have samples to show them,” said the saleswoman, who identified herself as Morgan.

Several choices are available for the discerning fake grass shopper. Artificial turf grass has come a long way from the stiff carpet-like variety that emerged in the 1970s and which many associate more with rug burn than viable lawn alternatives.

Choices
Santa Clarita city officials, who under direction from the state have let median turf die, has not embraced artificial turf with the abandon described by the Home Depot saleswoman.

“Right now we have a small amount of artificial turf on a median on Magic Mountain Parkway,” a city spokeswoman said this week.

“Typically, the city does not opt for artificial turf, but we wouldn’t rule out the possibility of using it,” she said. “Some of the factors we would weigh include cost, maintenance, what the area would be used for and aesthetics.”

The fake turf in the Magic Mountain median can be found between Valencia Bouevard and Railroad Avenue. You didn’t notice it was fake? Don’t feel badly.

The makers of artificial turf grass now go the extra distance to make their product look less like carpeting and more like the real stuff.

“We have eight different artificial turfs at the store,” said Morgan of Home Depot.

Types include a pet-friendly artificial turf variety that requires washing down after dogs and cats use the material as a lawn.

Then there’s the fake grass spiked with the odd well-placed yellow blades to gives it a less-than-uniform carpet look, Morgan said.

Replacing real with fake grass involves ripping out live sod, digging down two inches and applying a layer of fine gravel, which allows for drainage, before fake grass is put in place.

But there are some downsides to it, he said.

“We have heard of concerns that artificial turf can be a heat sink, and that customers have to periodically clean it,” he said.

And Marks made a point of reminding homeowners that artificial turf is “not zero water use.”

“One of the objectives of our turf replacement program is to change the turf-centric mindset when it comes to landscaping in the Santa Clarita Valley,” he said.

“We think that planting with SCV-friendly plants better achieves that goal.”

“One of the benefits is that it is permeable and allows rain water to percolate into the ground instead of running off,” he said.

HOA acceptance
Masnada pointed out that the cost to install fake grass is recovered over time in reduced watering bills. Valencia Water Company has installed artificial turf in front of its office, he noted.

Even officials occupying the fussiest position of all when it comes to lawns — the heads of homeowner associations — are warming up to fake turf as the options multiply.

Until about five years ago, when the alternatives to thirsty lawns began to become popular, associations were reluctant to OK other options because, in the case of artificial turf, it looked just that — artificial, said Brad Watson, owner and founder of Property Management Professionals, which represents several homeowner associations in the Santa Clarita Valley.

“The issue previously was that there weren’t any acceptable products out there that looked good,” he said.

Whatever your synthetic grass needs, Artificial Turf Express offers all of the products for your needs. Come and visit our store room at 370 Umbarger Road, Suite B in San Jose and meet with our team of experts. We have all of our products on hand and can show you the different types of fake grass so you can pick the look and feel that is right for you. Have a picture of a design you want to make a reality? Bring it in, and we can design the perfect reproduction that is specifically tailored to your wants and needs.